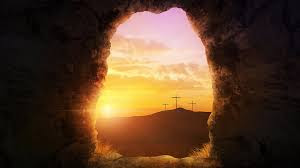 “Now when he rose early on the first day of the week, he appeared first to Mary Magdalene, from whom he had cast out seven demons. She went and told those who had been with him, as they mourned and wept. But when they heard that he was alive and had been seen by her, they would not believe it. After this he appeared in another form to two of them, as they were walking into the country. And they went back and told the rest, but they did not believe them. Afterward he appeared to the eleven themselves as they sat at table; and he upbraided them for their unbelief and hardness of heart, because they had not believed those who saw him after he had risen. And he said to them, "Go into all the world and preach the gospel to the whole creation.” (Mark 16:9-15)

If you have ever kept company with a person filled with intense zeal for the Gospel and blazing with faith it is perhaps difficult at first, to not deem the person absolutely insane, or to simultaneously desire an ounce of the faith that they proclaim. It can be extremely intimidating. It can also in fact be isolating for one on the “outside” or to one who is struggling with belief themselves.

Granted, we of faith in Christ can struggle from time to time with believing that He has truly risen and fail to live out our lives witnessing the proclamation of this truth. This does not make us terrible people, nor does it render us void of faith, it rather exposes our shared human frailty and provides an opportunity for us to deepen our trust.

Struggling with faith is something our Lord well knew would happen. I have often heard the argument that having faith was “easier” in the times of the disciples.Today’s Gospel provides a reality much different than this point. I find it tremendously humbling that even those who ate with Jesus, walked with Him, knew the prophetic Scriptures of Isaiah, and heard Jesus Himself speak of His own fate and the glory of His rising, were slow to believe.

I can imagine the haste and zeal present in Mary Magdalene as she stormed in to bring forth the good news of Jesus’ rising, only to be met with the extreme doubt and continued mourning of those who had been with Him. I wonder if she pleaded with them to believe her, or if she continued to persuade them. I imagine, that after having had an authentic and genuine encounter with our Risen Lord and Savior her response was probably and appropriately much more humble and silently patient, trusting her Lord to make Himelf known to them. To do or say too much would only give rise to more doubt.

Jesus then appeared to the men on the road to Emmaus. They too went forth to share the incredible news and still they were met with doubt. And yet, so mercifully our Lord finally appeared to the eleven and revealed Himself to them. For whatever reason there was this struggle with doubt. The hardness of heart the disciples had was perhaps due to their own grief and mourning, when we wallow in our own despair or are too self-absorbed with feelings we can inadvertently block the blessings and miss our Lord in our midst. Like the disciples we can forget the message of hope that Jesus proclaimed.

As our modern times can give more reason to succumb to a hardness of heart, it can seem more trying to muster up true faith in the Risen Lord. We may often be guilty of judging others and become unsympathetic to their struggle with belief.

Today’s Gospel offers us reason to meet this doubt with humility and perhaps understand and recognize how difficult it was to believe in the early days of Christ’s rising too. By placing judgement we do not demonstrate faith, we do not proclaim that we believe in the Risen Lord, or act out of the trust that He will reveal Himself and soften the hard hearted.

What I find most captivating in this Gospel for today is the tireless way our Lord makes Himself known. He does not stop, He does not give up on us, He continues to provide a means to reveal Himself. This is not for any self-glorification, or for any other reason but to reveal the immensity of God’s radical love for each of us. As believers in Christ we must also trust that His outreach today is no less significant or divine than it was in the time of St. Mark's revealing to us. Jesus is not victim to our limitations or our feeble hands, and though we are called to be vessels of His truth, we must also patiently trust God’s ability to exceed all of our expectations, all of our human reason and height of intellect.

Where are we within this Gospel? Do we believe and trust as Mary, or do we doubt?
Let us trust that despite where we and those around us are at, that we are equally loved and pursued by our Risen Lord.

May those touched with faith truly "Go into all the world and preach the gospel to the whole creation.” And may we all wake each day mindful of our feebleness and pray “I believe; help my unbelief!”(Mark 9:24) (CC)